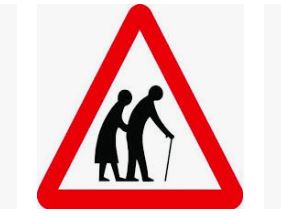 This article by Katie Jones, first published by Visual Capitalist notes that statistics show that around the world, people are concerned that they will not have enough money in retirement. It also notes that while many people view retirement as a welcome reward following a successful career, the transition to retirement is not always easy. Invariably, an enjoyable retirement is dictated by the amount of money people have set aside.

The info graphic showed the following:
• 51% of respondents who had a workplace pension worried that they were not earning enough to live the life they wished to have in retirement. (Source: Blackrock 2018).
• On average, workers save 12% of their salaries while they are working. (Source: Schroders 2018).
• 43% of current retirees said that their retirement income enabled them to live comfortably. (Source: Schroders 2018).
• 25% of the respondents of the survey said that they were on course to achieve their expected retirement income. (Source: Aegon, 2019).

Asked if they expected to have to keep earning money in retirement, 59% of Italians, Australians, Americans said yes, while 57% of Spanish and French people said yes. On the other hand, only 32% of Dutch people said yes, 45% of Germans and 46% of Belgians. 54% of the British respondents said yes to this question.
To see the whole graphic, click here.