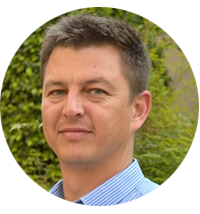 In early February the ‘10-year break-even rate’ (a key measure of market inflation expectations in the United States) rose to 2.2%, the highest level since 2014, according to Bloomberg data. Many market commentators expect global inflation to increase towards the end of 2021. But what will this mean for your investments?

What is inflation, deflation and stagflation?

Inflation is a sustained increase in prices and a fall in the purchasing value of money. Inflation shrinks the buying capacity of currency and savings. The opposite of inflation is deflation, which is when prices decrease due to a lack of demand for services in a moribund economy. Stagflation is a combination of low growth and rising inflation.

The Covid-19 pandemic has created a slowing global economy which could become deflationary. The lockdowns imposed by different governments have caused a reduction in demand for goods in key sectors of the economy such as air travel, tourism and restaurants, to name a few. In the current environment, the combination of high levels of debt and deflation is potentially toxic.

How is inflation measured?

Inflation is measured by comparing the prices of a range of goods in an imaginary shopping bag, and comparing the average price increase (or decrease) from one period to the next. In South Africa, Statistics SA measures inflation. It is expressed as a percentage, so if our imaginary shopping bag prices increase from one year to the next by 3%, inflation is said to be running at 3%.

There are many theories about the causes of inflation. Economists distinguish between ‘cost-push inflation’, (the increase in the cost of goods, due to increases in the cost of production) and ‘demand-pull inflation’ (an increase in demand for goods relative to supply, leading to higher prices).
Inflation is also triggered when the government print more money than is justified by a country’s wealth, causing the value of the currency and its purchasing power to decrease.

Moderate inflation is generally regarded as a good thing, as it is associated with economic growth. Prices of household goods and salaries increase in tandem. It makes servicing debt easier (either for households or governments), effectively transferring wealth from creditors to debtors. However, when inflation becomes difficult to control, prices increase at an unsustainable rate (runaway inflation or hyperinflation, think Zimbabwe), the purchasing value of money and the real value of savings and pensions are destroyed.

Who wins and who loses when there is high inflation?

You can see why it is in the interests of heavily indebted countries to opt for manageable inflation (think of the US) as this would slowly ‘inflate away’ government debt. On the other hand, inflation linked bonds issued by governments act as a break on inflation inflation-linked bond investors are paid back ‘inflation plus interest rate’ yields; a significant incentive to keep inflation in check.

What is the optimum inflation level, and what can governments or central bankers do when faced with possible inflation?

An inflation rate of about 2%, with stable prices, maximum output and full employment is considered ideal in developed markets.  Inflation in emerging markets tends to higher, because, on average, GDP growth is higher in emerging countries. Inflation targeting was introduced in South Africa in the early 2000s and for the last 20 years the Reserve Bank has targeted an inflation rate of between 3% and 6%. A range of monetary policy tools, especially the control of short-term interest rates is used to keep inflation in line with this target.

The average rate of inflation in the United States between 1913 and 2020 has been 3.2%, with high-inflation periods during World War I, World War II, and the 1970s.

Rapidly rising inflation is a red flag for governments, which usually respond by increasing short-term interest rates, which (it is hoped) then reduce the demand for credit and help prevent the economy from overheating. When interest rates go up, longer-term rates (yields) follow, and since bond prices and yields move in opposite directions, rising yields mean falling prices, leading to a lower principal value for bonds and other fixed-income products.

Cash investments, as described above, tend to perform poorly when inflation is rising. This is because the purchasing power of the future cash flows planned for the cash investment reduces over time.

The two factors that affect fixed interest investment returns negatively are inflation and increasing interest rates. A sustained rise in either of these causes the rise of yields across the yield curve, as investors demand higher yields to compensate for inflation risk, which in turn causes bond prices to drop.

Which asset classes perform well in a rising inflationary environment?

Historically, investors have invested in tangible assets with a fixed or known value, such as inflation-linked bonds, securitised debt, property, commodities and selected shares to preserve wealth during inflationary times.

Not all shares offer protection in an inflationary environment. Those companies that are well positioned to pass on inflation to their customers are likely to weather inflation storm better than those that are over-indebted with high capital expenditure requirements.

Which macro-economic trends are likely to play out over the next few years?

Central banks have injected massive amounts of relief funding into the economies of different countries in recent years. Some of this money has found its way to the bond and share markets, inflating prices beyond real value. In the current environment, lower real interest rates have been a tailwind for equities leading to new highs of some of the world’s leading stock exchanges.

Economists expect that when the deflationary cycle ends there may well be a spike in inflation, partly triggered by the successive relief packages in the US, designed to boost demand for goods and services, thus steering the country away from deflation.

Post pandemic, analysts expect restaurants, hotels, airlines, and other hard-hit industries to recover and demand for their services to pick up. Pent-up demand could induce consumers to spend some of the extra savings they accumulated (often via fiscal aid programs) igniting inflation.

Should inflation pick up, there is a possibility that real interest rates will rise without further support from central banks, reversing the stock exchange highs of recent months.

At Rosebank Wealth Group, we see this critical inflexion point as an opportunity to identify new trends in regions, asset classes, sectors, and strategies. Our network and relationships with key players allow us to identify potential opportunities designed to invest and protect client assets with a long-term mindset.

Recommended: A ‘Post-Covid’ stock take with your financial advisor